VALLADOLID: EL HEREJE AND MUCH MORE

Valladolid, centre of Castille, is the home to some of our slow experiences: you may learn Spanish, discover our gastronomy or learn more about one of the most claimed wines of the world in its streets. In this blog, we want to discover you an interesting chapter in the history of the city as, during the first half of the XVI century, Valladolid was one of the most important villas in Spain.

By that time, Valladolid was the residence of the kings of Castile and before, in 1469, Queen Isabella I of Castile and King Ferdinand of Aragon were married in the city, establishing the most important union in the history of Spain. Philip II of Spain (King of Portugal, Naples and Sicly and jure uxoris King of England and Ireland during his marriage to Queen Mary I), was born in the city – in Palacio de Pimentel, located just in front of Casa Zorilla, home to one of the greatest Spanish writers of all times. 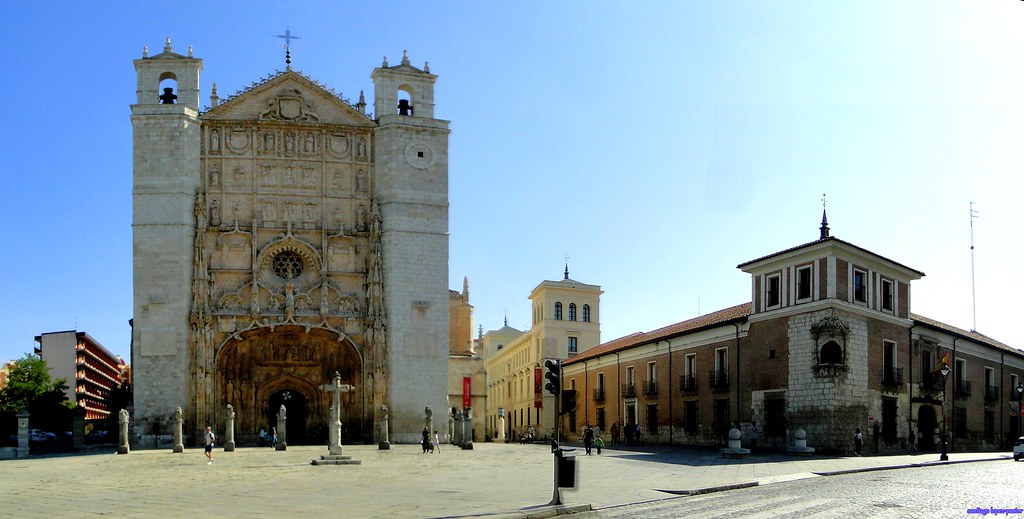 It is not surprising that Miguel Delibes, born in Valladolid himself in 1920, was inspired by the so called Spanish Golden Age in Valladolid. His novel El hereje reflects the on-going battle for political and religious supremacy in Europe.

Through Cipriano, main character in the novel, we discover a shocking chapter in the history of the city. One of the main stages is la Plaza Mayor, the neuralgic centre of the villa. A gay place nowadays, it held the autos de fe: public acts organized by the Spanish Inquisition in which convicts repented and showed their repentance.

Other key places in the novel are the plaza de Fabio Nelli, which reflects on the nobelty at the time, la Judería, a cultural centre before the expulsion of Jewish people who refused to adopt the Catholic faith, and the Hospital de Expósitos, home to orphan children. Finally, El Campo Grande, where the entrance to the villa was placed at the time, offers a contrast to the public Catholic doctrine, as it was the centre of the known as “mancebía”: brothels usually held by city Councils and even the clergy.